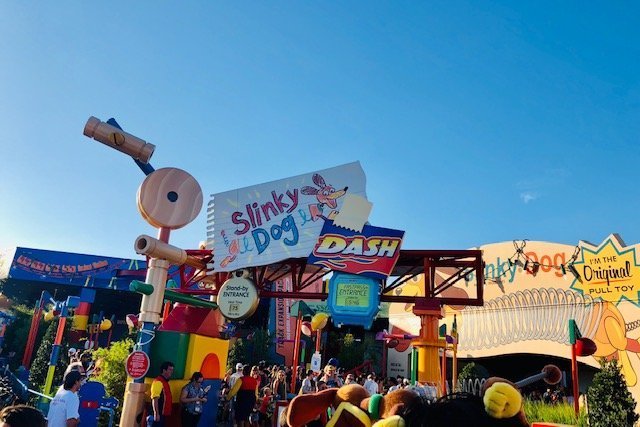 Walt Disney World has announced that FastPass and FastPass+ will not be returning! For all the details, please see our post on the new Disney Genie system!

Guests staying onsite at a Walt Disney World Resort can make FastPass+ up to 60 days in advance of their check in. (Guests staying off-site must wait until 30 days prior to check in. Another plus for staying on-site!) The booking window opens at 7:00 am eastern. FastPasses are made on the My Disney Experience website, or on the My Disney Experience app. (DPP Tip: Use the full website for the easiest experience!) Guests can make up to three FastPass+ per day, per person. All FastPass+ made in advance must all located in the same theme park. For example, if you are planning to park hop, you cannot make two FastPass+ in the Magic Kingdom, and your third in Epcot.

Guests staying a Club Level room have the option to purchase additional FastPass+ that can be booked 90 days in advance. This is especially useful for newer attractions such as Flights of Passage and Slinky Dog Dash!

So now that you know the basics, let’s throw another wrinkle into your plans. At every park except for the Magic Kingdom, there are two tiers of FastPasses – Tier 1 and Tier 2. You must choose one FastPass+ from Tier 1, and the remaining two FastPass+ from Tier 2. Tier 1 typically consists of the most popular attractions (with the longest lines). Below are the current tiers (subject to change) with our Disney Park Princess Picks in bold for each tier in all three parks.

(Effective February 6, 2020, these are the new tiers for FastPass+ at Disney’s Hollywood Studios. Tier 1 is now Mickey & Minnie’s Runaway Railway, Slinky Dog Dash and Millennium Falcon: Smuggler’s Run. Tier 2 is everything else. Rise of the Resistance in Galaxy’s Edge does not have FastPass+ yet!)

Of course, these recommendations are my personal preferences and may not be appropriate for your family. In fact, it was REALLY hard to choose and on another day, For the First Time in Forever: A Frozen Sing-A-Long Celebration may have made the list! (I do so love this show. But a FastPass+ is not usually necessary so it didn’t make the cut.)

For an in-depth look at the FastPass+ system and step by step instructions on how to make them, check out our friends over at AllEars.Net. They have a fantastic page with everything you need to know!

Save this article to Pinterest to find it later