Mickey’s Not So Scary Halloween Party at Walt Disney World

Mickey’s Not So Scary Halloween Party will not be held in 2020. But good news! The Halloween decorations will go up on September 15, 2020 and stay up through October 31, 2020! And for the first time, guests can wear costumes to the parks during regular park hours. For rules, check out this post on Disney Parks Blog!

Halloween is a magical time of year. Celebrating Halloween at Walt Disney World takes the magic to an even higher level! From special after hours events to perfectly spooky decorations, there is something for everyone. So put on your best costume, and learn more about Mickey’s Not So Scary Halloween Party at the Magic Kingdom!

Mickey’s Not So Scary Halloween Party

The premier event of the Halloween Season at Walt Disney World is Mickey’s Not So Scary Halloween Party. This after hours event at the Magic Kingdom is held on select nights beginning in mid-August through November 1, 2019. For 2019, prices start at $79 per person (ages 10+) with advance purchase discounts.

You will be given a wristband that identifies you as a party guest. Beginning at 6:00 pm, guests without wristbands will be asked to leave the park. Those lucky guests with bands can stay and continue to enjoy the attractions!

The most important thing to know about this event is that it is very family-friendly. After all, it is “Not So Scary.” While there are some spooky aspects of the party, it is never truly scary. However, it does take place from 7:00 pm – Midnight so it can be dark, which adds an element of fear for some kids!

Guests are encouraged to dress in costume. Rules do apply, check out this quick video on the guidelines here. Heads up – you will see some VERY elaborate and well thought out costumes! If you are crafty, this is your chance to really flex show off.

I recommend attending a weeknight party for the best experience. Weekend parties attract locals and can be far busier. (And more expensive as the ticket prices increase on the weekends!) 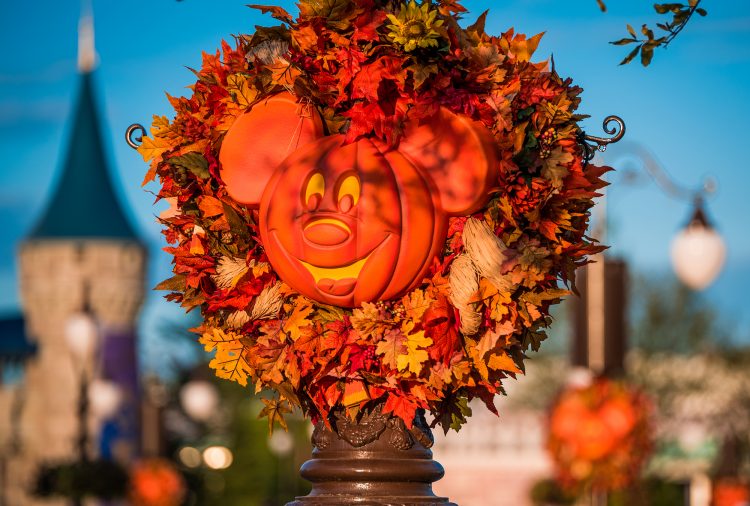 Characters at Mickey’s Not So Scary Halloween Party

Even the Disney characters get into the act, with many donning Halloween Costumes for meets. Winnie the Pooh may be dressed as a mummy, Mickey as a Vampire, and so on. But don’t worry – not all characters are wearing costumes. Your beloved Princesses will be wearing their usual dresses!

But my favorite part of Mickey’s Not So Scary Halloween Party is that rare characters come out to play! By far the most popular characters at this event are Jack and Sally from Tim Burton’s The Nightmare Before Christmas. The lines get very long for this meet so if you need to meet Jack and Sally, get in line early! Other rare characters that can often be found include Moana, Tarzan, and villains such as Cruella and Jafar. 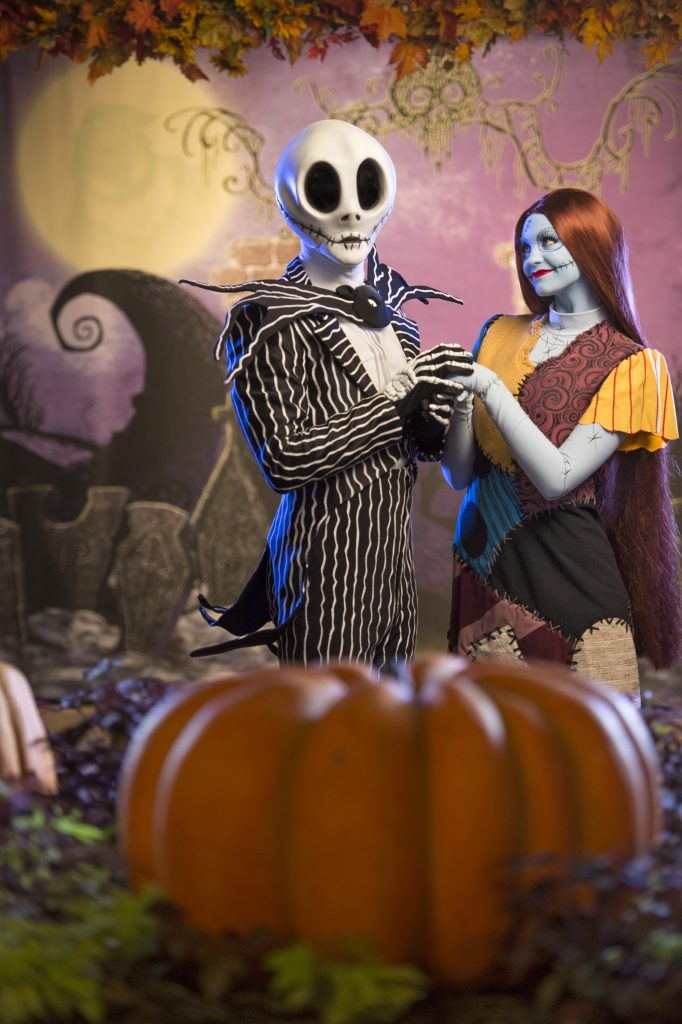 I mean… it is Halloween! Why did you put on a costume if you aren’t going to get candy?! Guests are given treat bags and can make their way to trick or treat stations throughout the park. I encourage parents to keep an eye on that candy consumption. No one wants to have to leave early due to an upset tummy!

Shows at Mickey’s Not So Scary Halloween Party

The entertainment is where Mickey’s Not So Scary Halloween Party really shines. From dance parties to stage shows, you could spend the entire party just going from show to show!

For little ones, the “Storybook Circus Disney Junior Jam” gives little ones a chance to rock out with Vampirina and Fancy Nancy, Other characters occasionally make an appearance as well!

Tweens will love the “Disney DescenDANCE Party” at Cosmic Ray’s. The kids from Descendants appear in music videos!

Mike and Sulley from Monsters Inc. host the “Monstrous Scream-O-Ween Ball” in Tomorrowland.

But in my opinion, it simply isn’t Halloween until I have watched Hocus Pocus at least one (hundred) times. And at Mickey’s Not So Scary Halloween Party, the Sanderson sisters host the “Hocus Pocus Villain Spelltacular Show!” This show is basically Villain-palooza with appearances by Dr. Facilier, Oogie Boogie, and my personal favorite, Maleficent. 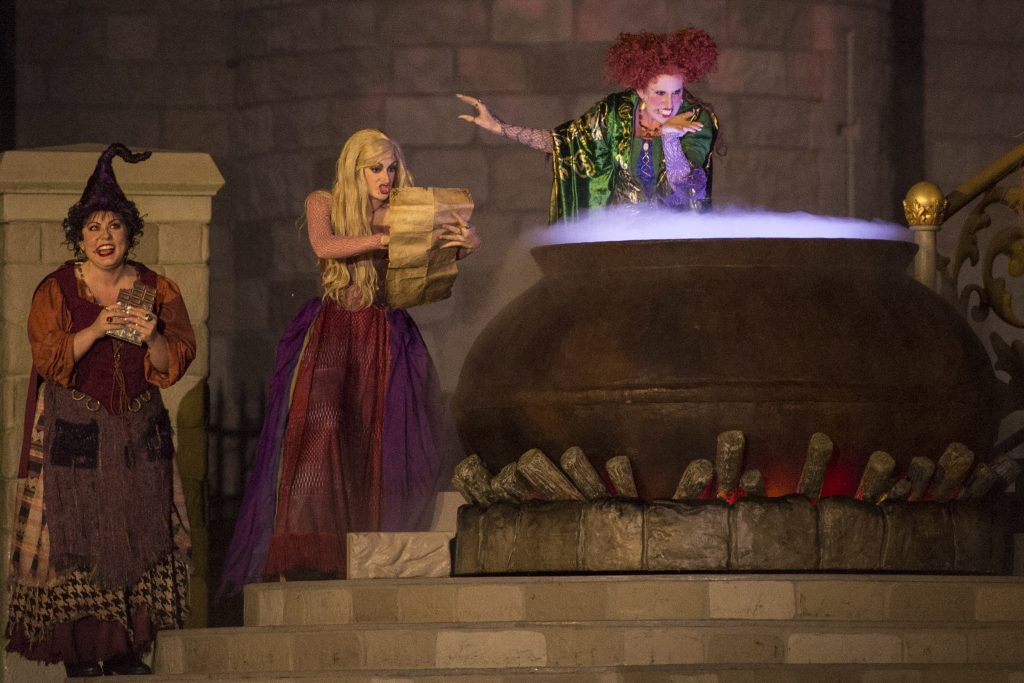 The best parade at Walt Disney World is “Mickey’s Boo To You Halloween Parade”. That’s right – better than Festival of Fantasy, better than the Christmas Parade, better than all of them! Why? I can’t put my finger on it exactly but it all starts with a very dramatic entrance from The Headless Horseman about 15 minutes prior to the start of the parade. This sets the tone for some of my favorite spooky effects! 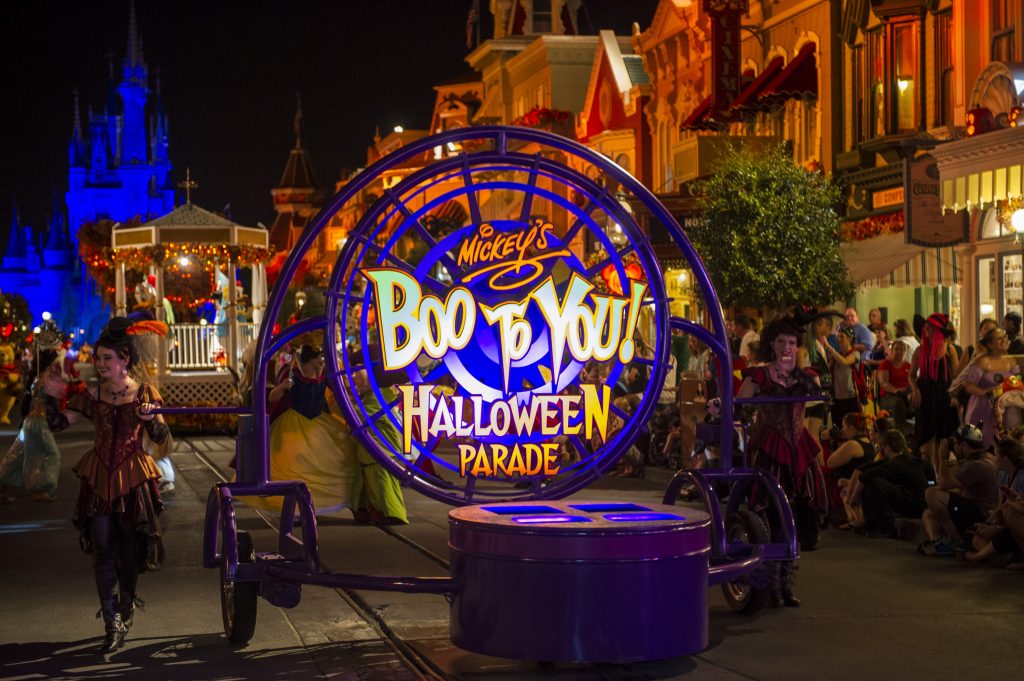 A spectacle of characters parades down Main Street, U.S.A in Mickey’s Boo-to You Halloween Parade during Mickey’s Not-So-Scary Halloween Party at Magic Kingdom. The parade is led by the Headless Horseman and includes Disney characters in Halloween regalia and the ghostly inhabitants of The Haunted Mansion. Photo Courtesy of Disney

This year, the popular “Hallowishes” Fireworks show was replaced with “Disney’s Not So Spooky Spectacular.” This show combines fireworks with projection mapping on Cinderella’s Castle. A cute story line featuring Mickey, Minnie, Donald, and Goofy ties the show together. 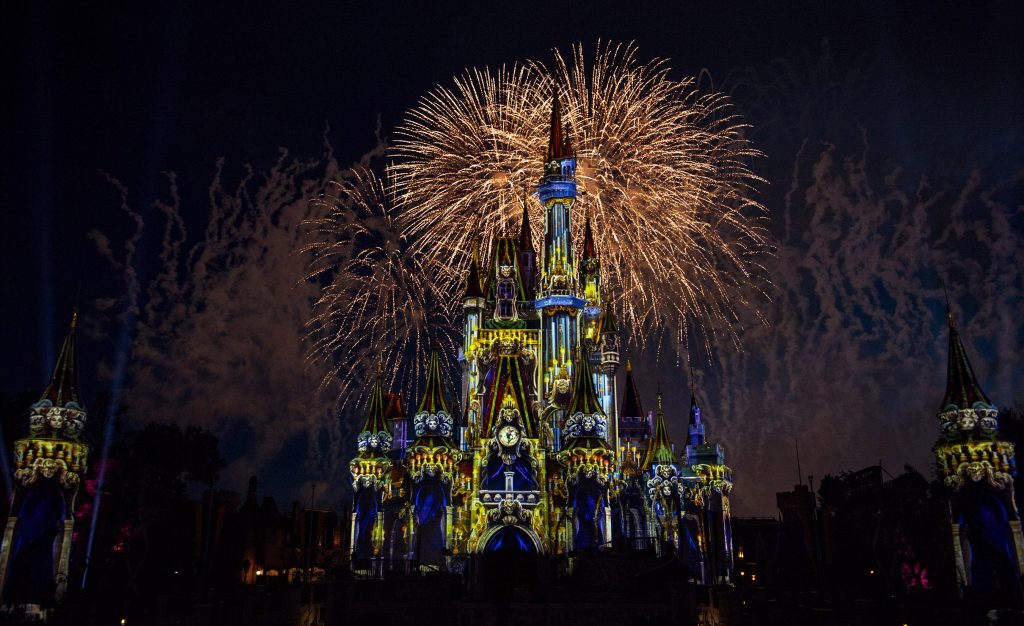 The new “Disney’s Not So Spooky Spectacular” at Magic Kingdom Park. Photo Courtesy of Disney

Have you been to Mickey’s Not So Scary Halloween Party? Why or why not? Let us know in the comments! 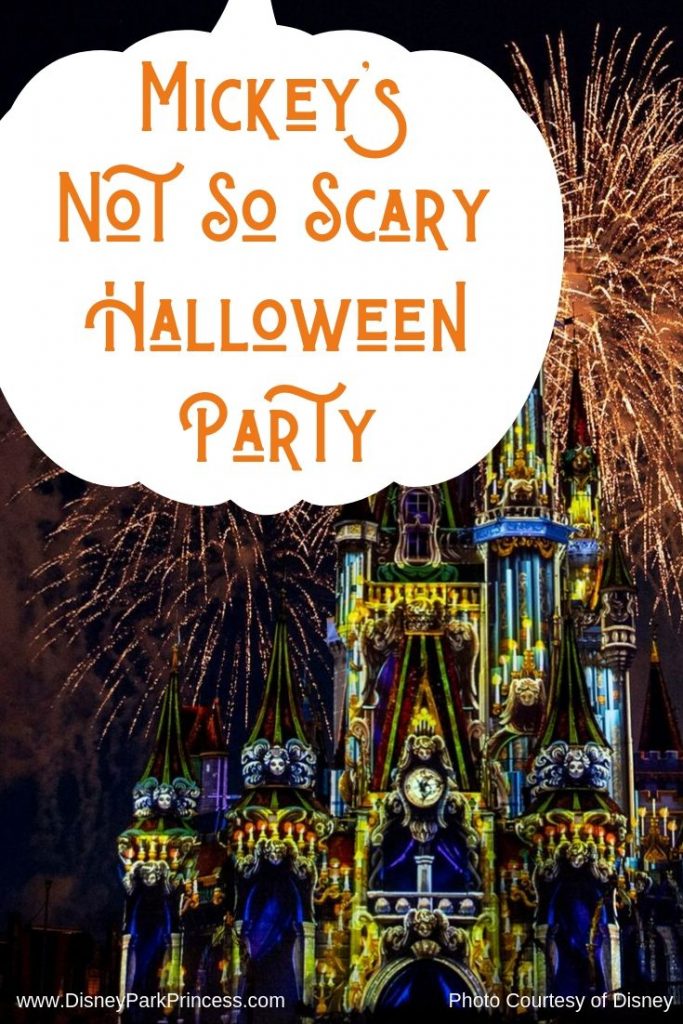