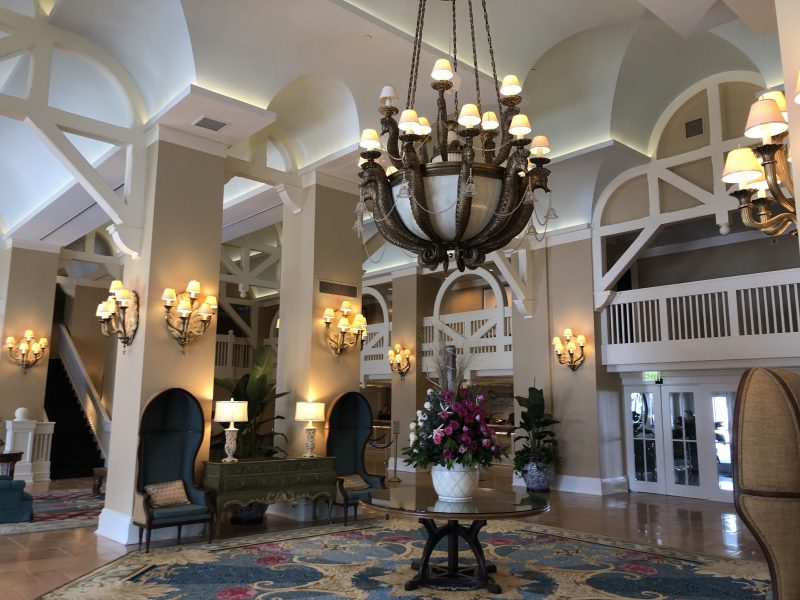 This past week has been incredibly rainy at Walt Disney World! This is not unusual. It rains just about every day in the summertime, sometimes for a short period of time like 20 minutes. Sometimes it can rain for hours! But don’t let a rainy day stop you from enjoying your vacation! Here are my ‘Top Five’ things to do at Walt Disney World on a rainy day. 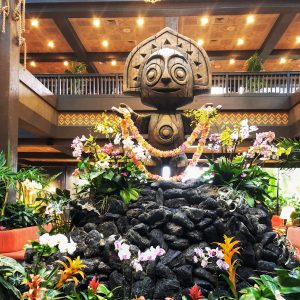 Disney’s Grand Floridian Resort has a beautiful large lobby with a pianist playing (most of the time) as well as plenty of places to sit and relax or shop. There are several restaurants and bars off the lobby where you can have a meal or a drink. The Grand Floridian also has an arcade just outside of the main lobby (but there is a covered walkway to get there in the rain).

Disney’s Contemporary Resort’s lobby or “Grand Canyon Concourse” as its known has two large gift shops and several restaurants. Just below the main lobby is the Wave restaurant which is usually fairly quiet as well and has a large bar area. You can also grab a quick bite at the Contempo Cafe in the Grand Canyon Concourse.

Disney’s Polynesian Village Resort is my favorite place to go when it’s raining at Walt Disney World! Not only is the lobby really neat to look at but there are quite a few open areas of seating. Kona Island is a grab and go sushi bar with coffee, juices, beer, and wine.

If you’re hungry grab a bite there or downstairs at Captain Cook’s quick service restaurant (which features some pretty amazing pulled pork nachos!), or even a Dole Whip at the Pineapple Lanai. And if you’re feeling truly adventurous head on in to Trader Sam’s for some grog. 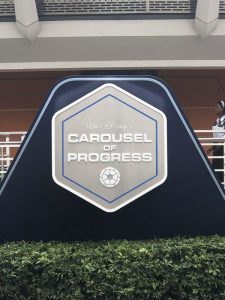 4) Catch Up On Some Indoor Shows On a Rainy Day

There are many indoor shows at Walt Disney World, with live performers as well as with video screens, or even with audio-animatronics. These are some of my favorite shows to catch up on when it’s raining (or even when it’s not!).

This rotating theater chronicles the life of a typical American family through the years. Your host is John, the family father, and he tells you about the new inventions and technologies of each era. John is joined by his wife, children, parents, and of course his dog Rover.

This 18 minute show fills you with the wonders and beauties of France as the camera flies over some of the most iconic scenery in the country. Coupled with some amazing music, it’s a great place to go to get out of the rain.

I’ll admit it- the Muppets are some of my favorite characters! Even though the haven’t always been in the Disney Family, they fit right in, and this show is no exception! Muppet Vision 3D is heartwarming as well as hilarious. It was also the last released film Jim Henson directed. It is also the last film that feature his voice as Kermit the Frog, so there’s quite a bit of nostalgia there! This show is a lot of fun for all ages!

Disney’s Animal Kingdom- It’s Tough to Be A Bug

If you’ve ever wondered what is actually inside the Tree of Life, this show is it! Because most of the queue is inside the Tree as well, it’s a great way to get out of the rain. The show features characters from A Bug’s Life not only a movie with 3D effects, there are also several audio-animatronics (including a highly advanced Hopper) throughout the show. And of course it’s all about bugs and how we can live with them in harmony. 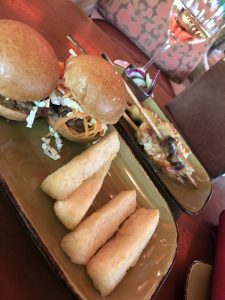 Admittedly this might require some advanced planning, because at most Walt Disney World restaurants you do need a reservation. (Reservations can be booked 180 days in advance.) However we know that in the summer it usually rains at about 4-5 pm, so you can make some dining reservations for that time.

But even if you don’t have a dining reservation, many lounges at Walt Disney World also include small bites or even a full menu, and those are fantastic places to go and sit for a while. We spent a very stormy afternoon in the Nomad Lounge last September and had some of the best food I’ve ever eaten! 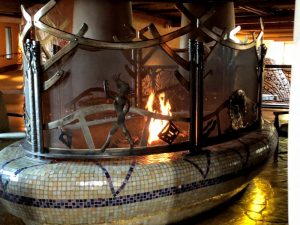 2) Spend Your Rainy Day In Front of a Fireplace

One of the best places to go during a rain shower at Walt Disney World is over to the Wilderness Lodge or Animal Kingdom Lodge! Both of these resorts have at least one fireplace, with plenty of places to sit and relax. And a lot of great dining options as well. Of course there are some great gift shops here too!

There is even a “secret” fireplace at the Wilderness Lodge- as you enter the lobby from the front doors, take a few steps in and look up to the second level. It’s such as lovely area to sit and wait for the storms to die down. Both of these resorts also have quiet rooms just off to the side, so even if sitting by a fire is not your cup of tea you can enjoy these quiet nooks for a bit.

Ok- hear me out, but truly the best thing to do when it’s raining is just to go to the parks! The water parks are a lot of fun in the rain as well.

A lot of people clear out during those really rainy days, but if you can swing it, just go! Walt Disney World has many attractions that are indoors, but even most outdoor attractions will be open if there is no lightning in the area. So just go! I will wear flip flops or some other shoes that can dry quickly, as well as a hat to keep the rain off of my face. I don’t usually wear a poncho because they just get so hot, so if I’m soaked, then so be it!

It’s a truly magical thing to be in the rain at Walt Disney World, soaked to the bone, and just laughing because of it! I have been on Big Thunder Mountain Railroad about 10 times in a row (and they didn’t even make us exit and go back through the queue) in the pouring down rain, and it was one of the best times I have ever spent in a theme park. And because there was virtually no one there, we were able to watch the fireworks on Main Street, USA with no one in front of us, and we were virtually alone. It was truly a magical night! But every time I’ve been to Walt Disney World in the rain I have loved it. It’s tons of fun.

The most important thing is to remember to have fun on your vacation. No one can control the weather, but it’s up to you to decide what to make of it! Go with the flow and make magical memories with your family! 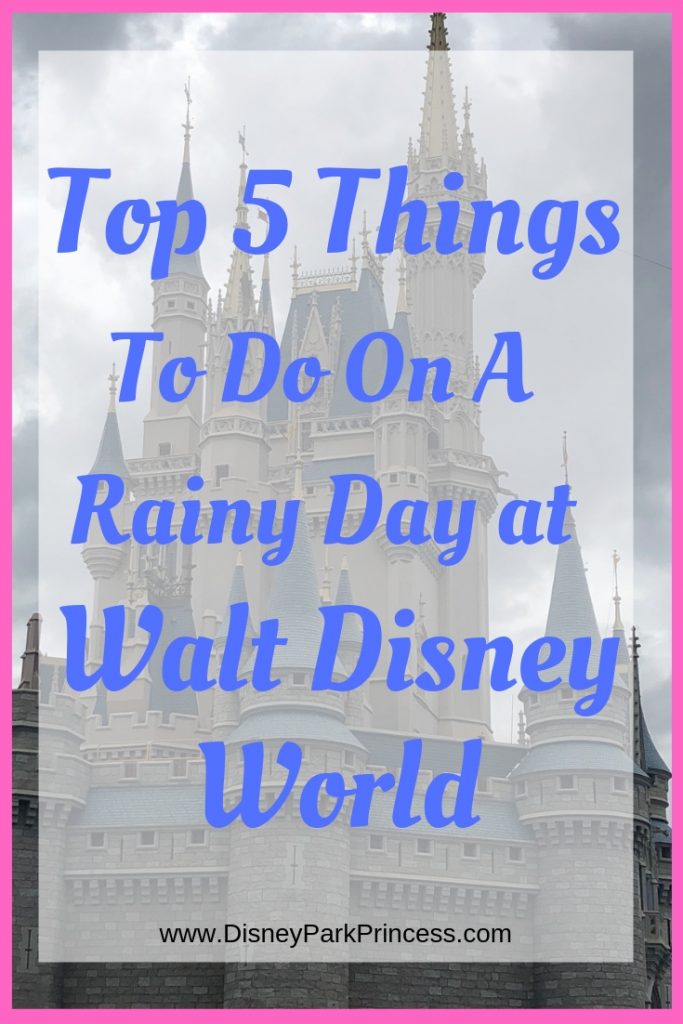