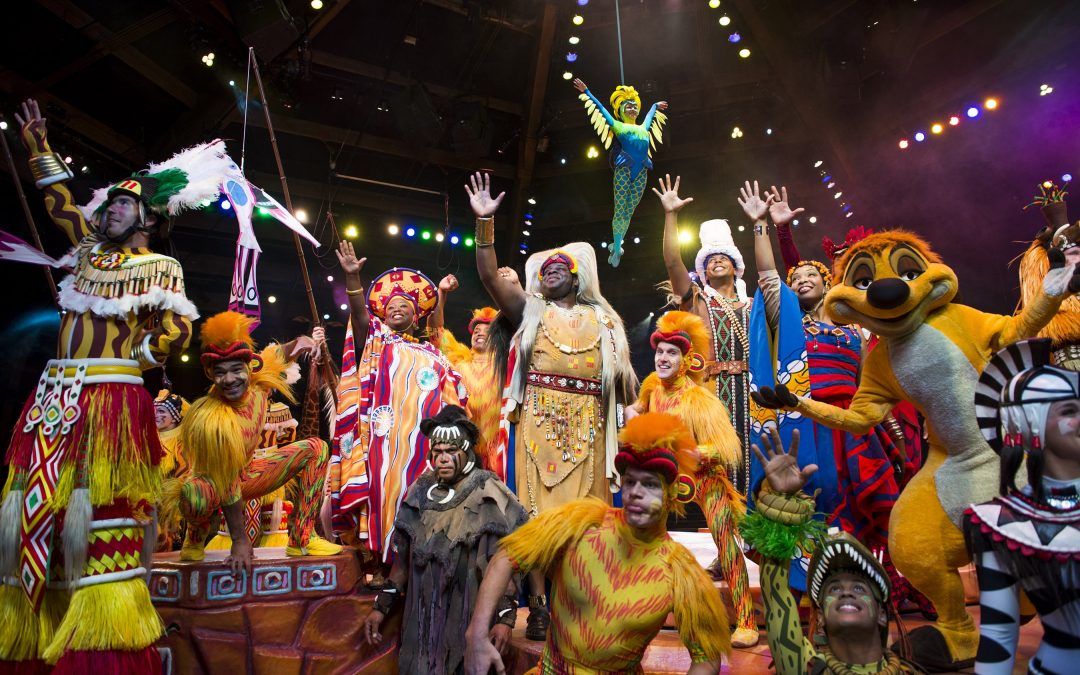 Walt Disney World is not only known for its rides but also its amazing entertainment! The many stage shows throughout the parks and resorts are always entertaining and they (to me) never get old!

Here are my top 4 shows throughout Walt Disney World. The list could be expanded or changed throughout the holidays or special events, but all of these happen every day throughout the year.

This fun and interactive show combines music and characters from Disney’s The Lion King with trampolines, aerial feats, and all the songs you love from the movie. There are some amazing stunt performers (including a fire-twirler!) and singers who make this show unforgettable. One of the main reasons I love it (besides the air conditioning on a hot day) is watching the beautiful “birds” soar high during Can You Fell the Love Tonight. The monkeys are always entertaining on their trampoline too.
FP+ is available. For up-to-date show times, check the My Disney Experience app or pick up a Times Guide when you enter the park. This show runs for about 30 minutes. 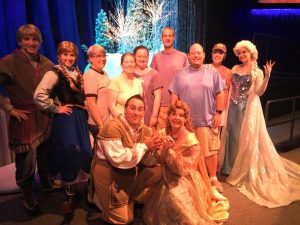 One time we got the VIP treatment and got to meet the cast!

3. For the First Time in Forever: A Frozen Sing-Along Celebration (Disney’s Hollywood Studios)

Now I know that the music from Frozen is played everywhere at Walt Disney World. It’s all over the place. Almost annoyingly so. BUT- this is a different kind of show. Not only is it an official sing-along (because I know you sing along with every show anyway) but it’s the Frozen story told by the Arendelle historians who are two of the funniest people you’ll ever see in a WDW stage show! The two historians lead the sing-along while they tell the story of Anna and Elsa and the gang. Each show has a little bit of a unique flair as the historians ad lib and try not to crack up! The words appear on the giant screens on-stage just in case you want to pretend you don’t have it memorized!
FP+ is available. For up-to-date show times, check the My Disney Experience app or pick up a Times Guide when you enter the park. This show runs for about 30 minutes. 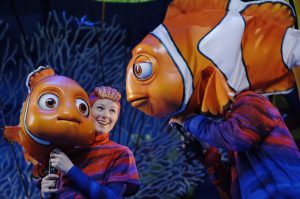 Even though Finding Nemo the movie was not a musical, nor was it live-action, this show is incredible! It combines live actors with puppets of all shapes and sizes. The puppets are all controlled by one or more people and it’s so seamless sometimes you can’t even tell if it’s the puppet or the actor singing. Nemo and his dad Marlin are the sweetest duo, and Crush has an unforgettable song, one that’ll be in your head all day but not in the annoying way! Fun fact- the music was written by Robert Lopez and Kristin Anderson-Lopez of Avenue Q and Frozen fame!
Try to sit in the middle, and my favorite seats are just behind the walkway separating the bottom level from the top level.
FP+ is available. For up-to-date show times, check the My Disney Experience app or pick up a Times Guide when you enter the park. This show runs for about 40 minutes. 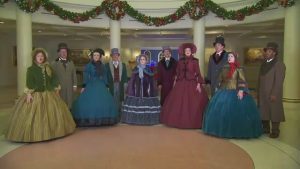 The Voices of Liberty is my all-time favorite show at Walt Disney World, or really just about anywhere. Made up of 8-10 a capella performers, they sing old American favorites such as Oh, Susanna and America the Beautiful. Their songs change often so if you’ve seen them one day the show may be completely different the next day! Most often the Voices of Liberty perform about 15-20 minutes before the American Adventure audio-animatronic stage show, but you can see them even without staying for the longer show. Because of the acoustics in the rotunda their voices carry naturally without any microphones or other electronic amplification.

Singing with the Voices of Liberty is my top-secret dream job!

For up-to-date show times, check the My Disney Experience app or pick up a Times Guide when you enter the park.

So that’s my list! Feel free to comment if you have a favorite show at WDW! There are so many more! 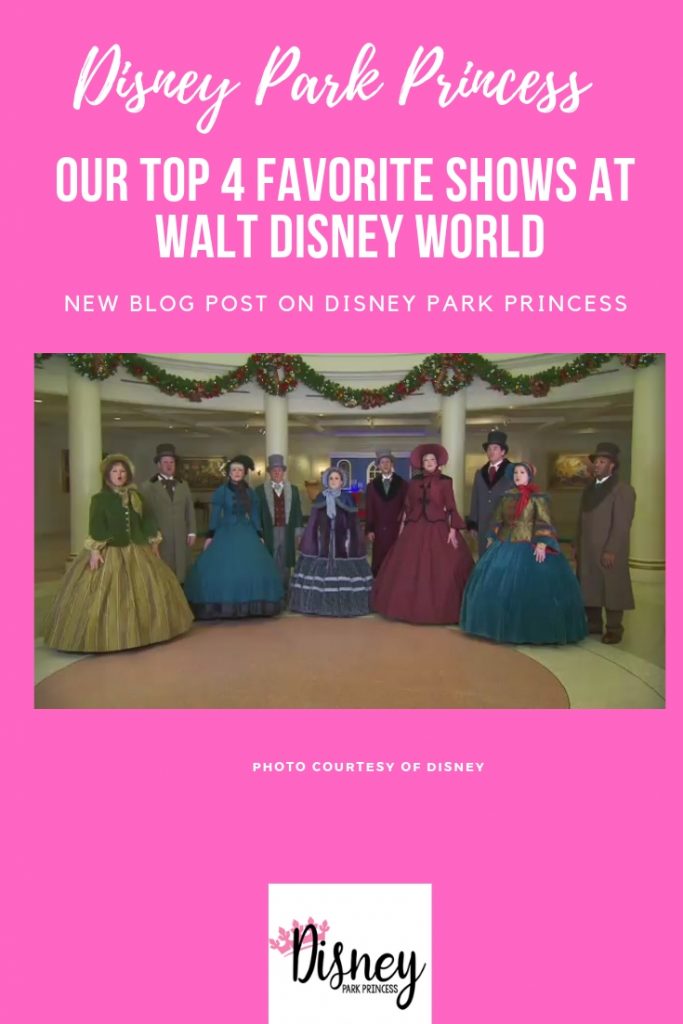 Save this article to Pinterest so that you can find it later!