Which Attractions I Skip at Disney’s California Adventure 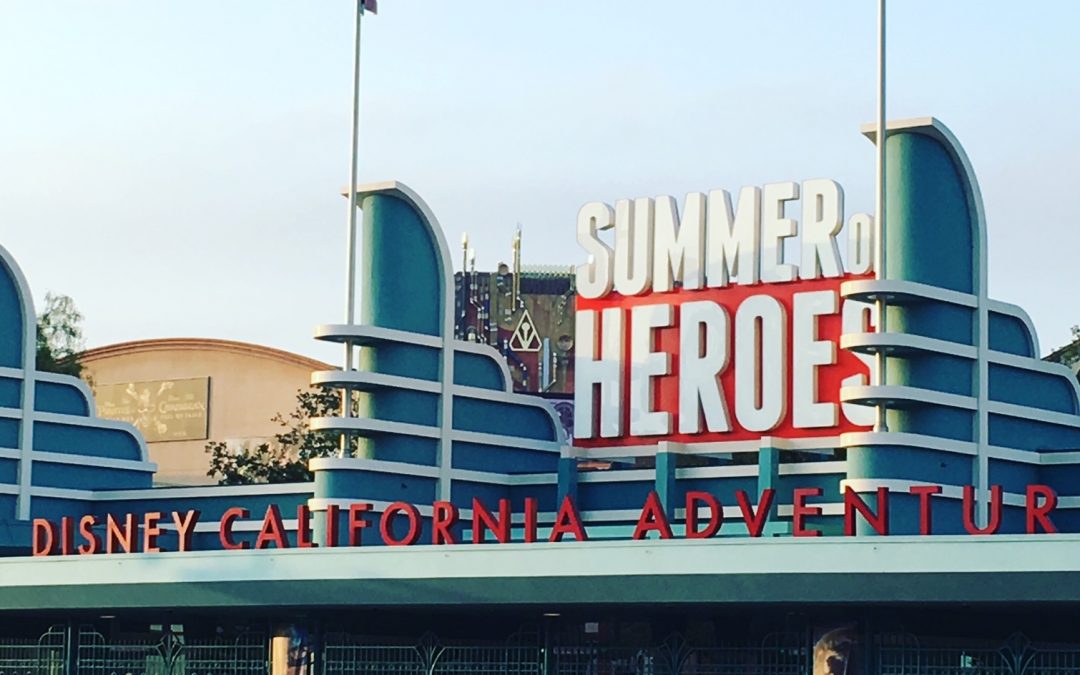 And finally in the “Which Attractions I Skip” series, we conclude with Disney’s California Adventure. I was startled when researching this article to learn how many “lands” California Adventure has, and how many have few or no attractions in them! Given that Avenger’s Campus has only been open for a few weeks, I’m going to withhold judgment until I have a chance to visit. (But if you want to hear Heather’s take on Avenger Campus, we did an exclusive podcast for our Patreon supporters!)

I have similar conflicted feelings about both Disney’s Hollywood Studios and Disney’s California Adventure. Disney’s California Adventure does a better job with the theming but as with Hollywood Studios, has taken some liberties with the original theme of the park. For me, it creates a sense of confusion in the story. And ye, the park is home to some of my favorite attractions such as Soarin’, Radiator Springs Racers, and Guardians of the Galaxy: Mission Breakout. (You read that right – Tower of Terror is a skip for me, but Guardians I like! There is no explaining my brain.)

As with the Disneyland post, I am going to skip right over the lands that either do not have attractions, or do not have any attractions that I skip. Avenger’s Campus, Buena Vista Street, Cars Land, Hollywood Land, and Pacific Wharf all get a pass this week!

Grizzly River Run – If you have been following this series, you know that I don’t necessarily mind getting wet for a great ride. “Wet” does not begin to describe what inevitably happens to me on this ride unless you add the word “Soaking” in front. I made the mistake of wearing jeans on this rise one time. It was 10 years ago and I still don’t think they have fully dried!

Which Attractions I Skip in Paradise Gardens Park

Ok – truth time. I only ever ridden a single attraction in Paradise Gardens Park. 😳 I have been on The Little Mermaid – Ariel’s Undersea Adventure. That’s it! (You will, however, find me dining at Paradise Gardens Grill regularly. Hmmmm maybe the fact that I’m usually eating a big plate of pasta when I am in this land plays into my reluctance to ride the rides?!)

Why do I skip this entire section of Disney’s California Adventure? I think it is because the rides remind me so much of the rides at my local amusement parks. There is nothing particularly special about The Golden Zephyr or the Silly Symphony Swings. I can drive 20 minutes in either direction and ride this type of attractions at Lake Compounce or Six Flags New England!

As for Goofy’s Sky School, as much as I love roller coasters, I have to admit, this one freaks me out! Something about the combination of spinning and heights is just to much for me.

I probably would ride the Jumpin’ Jellyfish, I just haven’t made the time yet! 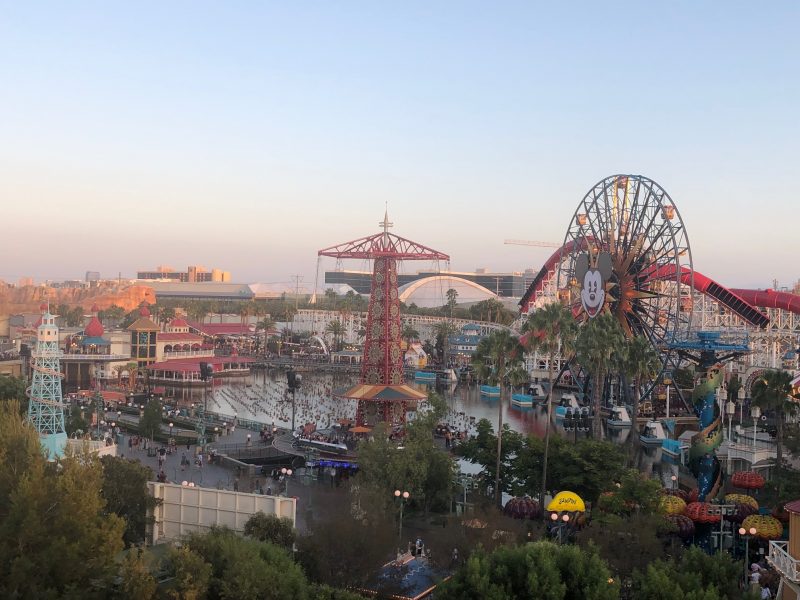 I love Pixar Pier, especially the Incredicoaster, Jack Jack’s Num Num Cookies, and Lamplight Lounge! But as much as I love this area of Disney’s California Adventure, I admit to skipping most of the attractions.

Inside Out Emotional Whirlwind – Inside Out was a masterful look at the complicated emotions of a tween girl. The ride however, is simply a hot air balloon version of Dumbo. It’s a skip for me!

Jessie’s Critter Carousel – I have to admit that the “critters” are absolutely adorable but if I am going to ride a carousel, it will be the King Arthur Carrousel at Disneyland!

Pixar Pal Swing Around – This ride became a “hard pass” for me once I developed a severe fear of heights. I can usually get over my fear for many rides, but this one gets me every time! And God help me if someone talks me into one of the swinging gondolas! 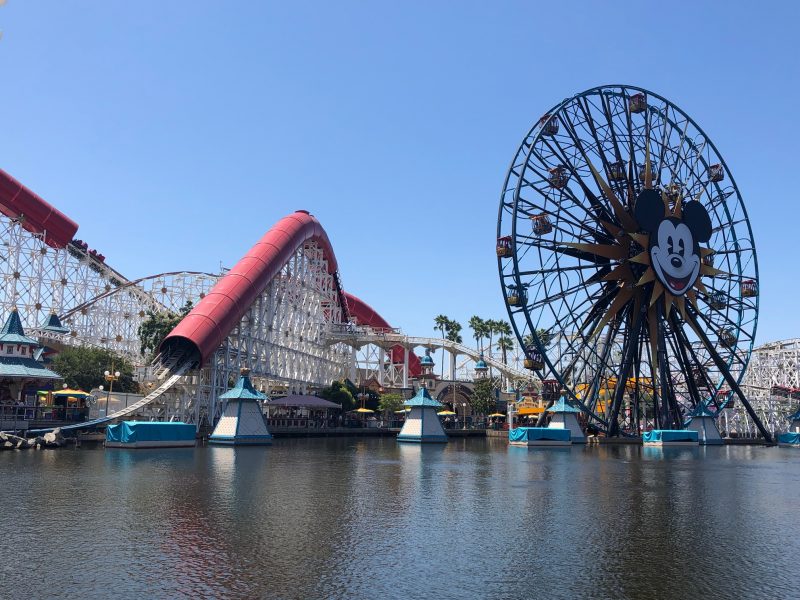 That does it! This concludes my series on “Which Attractions I Skip“. I hope that you enjoyed it, even if you disagree with my choices! Which attractions do you skip at Disney’s California Adventure? Let me know in the comments! 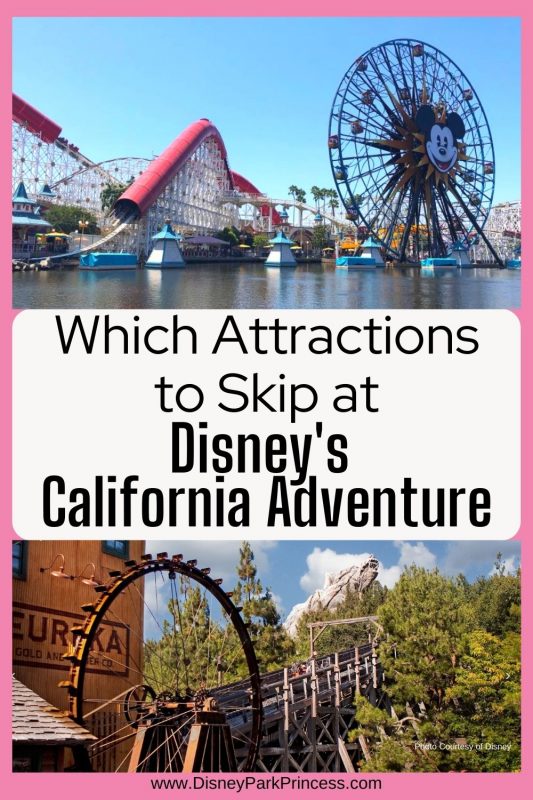